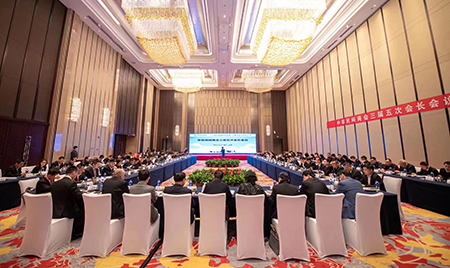 On February 27, the fifth Session of the third Session of the Chinese and African non-government Chambers of Commerce and the conference on promoting the Investment and trade environment in Yiwu was held in Yiwu Shangri-La Hotel. Chen Enbin, President and vice chairman of Zhongyang Group, was invited to attend the meeting as director of the Nanchang office of the China-africa non-government Chamber of Commerce. At the meeting, zhongyang group was awarded the title of "One Belt And One Road" international official enterprise base ", and zhongyang zambian ecological agriculture industrial park project was awarded the honorary title of "outstanding project of china-africa cooperation" by the china-africa non-governmental chamber of commerce. 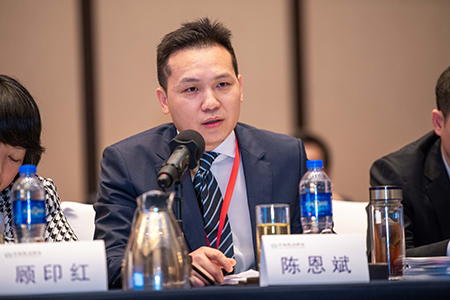 At the meeting, Secretary-general Wang Xiaoyong made a summary and review of the work of 2018 and introduced the key work arrangements for 2019. The participating vice chairmen put forward their own views and Suggestions on the work of the Chamber of Commerce. At the meeting, Chen Enbin, President of the group, introduced the Zambian Ecological agriculture Industrial Park project in Zhongyang, which is one of the largest agricultural acquisition projects invested and constructed by domestic private enterprises overseas. Minister of Agriculture of Zambia, Permanent Secretary of Lusaka Province and other senior officials of the government of Zambia, Chinese Ambassador to Zambia, commercial counselor, Standing Committee member of Jiangxi Provincial Party Committee and United Front Minister Chen Xingchao witnessed the signing ceremony and delivered a speech in person, highly appraising the construction of the project. Zhongyang Zambian Ecological agriculture Industrial Park will follow the principle of high starting point planning and high standard design to form a modern ecological agriculture industrial park with a scale of not less than 7000 hectares, integrating planting, breeding, storage and processing, research and development of superior varieties, agricultural technology training and sightseeing. At present, the planning, operation and management team has been preliminarily established and put into operation. In the next step, we will accelerate the pace, actively cooperate with leading Chinese and foreign agricultural industrialization enterprises and listed companies, increase investment and development efforts, and build the project into a new model of China-Africa agricultural cooperation.

The meeting deliberated the candidates of directors, executive directors and vice presidents, and discussed the declaration of the establishment of the special committee and secretariat offices, the declaration of the establishment of overseas representative offices and member Africa Homes, as well as the organization and construction of the Party Building Work Committee. ZhongYang group as central African folk chamber of commerce in the central African agricultural development professional committee, the central African infrastructure professional committee of nongovernmental chamber of commerce unit, to jointly promote china-africa agricultural development and the china-africa cooperation in the field of infrastructure construction, promote the state-owned enterprises, private companies to form a consortium of the sea ", help Chinese excellent enterprises to actively participate in the "area" of "going out". At the same time, Zhongyang Zambia Company has become the Africa home of the secretariat members of the China-africa non-government chamber of Commerce. It will give full play to its superior resources, integrate and unite member enterprises in Zambia, and give overseas members a sense of "gain". 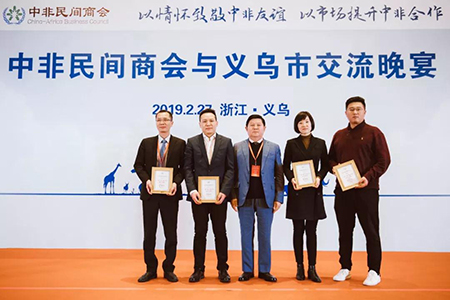 On the evening of 27th, Wang Licheng, President of the Chamber of Commerce, announced the winners of 2018 annual awards at the exchange dinner between the Chamber of Commerce and Yiwu city. In 2018, a delegation of local mozambican officials, students from the china-africa workshop on urban development, and officials from developing countries in China's aid project management and financial services paid visits to zhongyang group, which enhanced mutual understanding between Chinese and African government departments and Chinese enterprises and won the title of "One Belt And One Road" international official enterprise base. The Zhongyang Ecological Agriculture Industrial Park project was awarded the honorary title of "Excellent Project of China-Africa Cooperation" by the China and Africa Non-governmental Chamber of Commerce.

During the meeting, yiwu government together with the central African folk chamber of commerce for yiwu investment and trade environment, nearly hundred chamber of commerce member units with more than 200 yiwu representatives of departments, enterprises, overseas industrial park and the construction of infrastructure, financial services and so on six big plate for B2B accurate docking, Chen Enbin President on behalf of the group and docking the logistics infrastructure, commercial electricity in areas such as key cooperation projects.