On the morning of July 26, the 2019 national model worker rehabilitation campaign was launched in Beijing. As a representative of model workers, Chen Shengde, winner of the National May 1st Labor Medal, vice Chairman of Jiangxi Federation of Industry and Commerce, President of Fuzhou Model Workers Association and Chairman of Zhongyang Group, participated in the activity and was cordially received by Wang Dongming, Vice Chairman of the Standing Committee of the National People's Congress and Chairman of all-China Federation of Trade Unions. 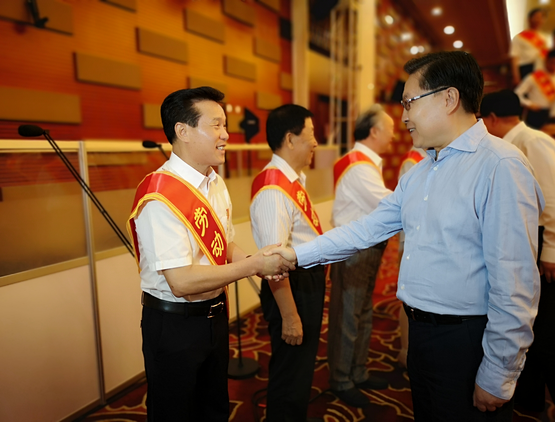 , vice chairman of the standing committee of the National People's Congress, wang dongming, chairman of the China federation of trade unions to convey his sincere greetings and highest respect model workers, hope you remember xi general secretary asks, vigorously carry forward the spirit of labor model, spirit, spirit, don't forget to beginner's mind, keep in mind that the mission, being a good host, forge a new era, for the cause of the party and the people made new again, again, to celebrate the 70th anniversary of the founding of new China with excellent grades. 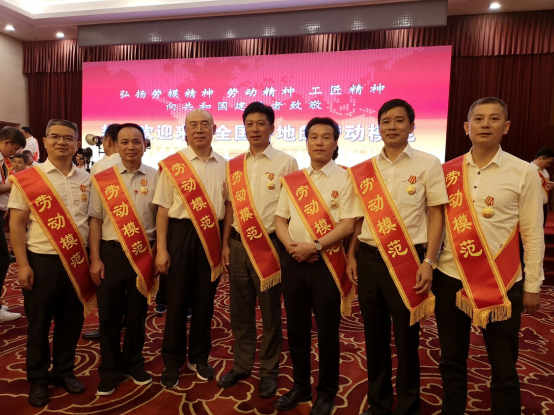 This activity, QuanZong also specially invited experts and scholars in the field of politics, economy, to make a situation report, model workers arrangement model in the people's heroes monument, visit the motherland development achievement, therapy recuperation of the builders of the republic of theme as the general labor model "don't forget the beginner's mind, keep in mind that the mission" the spiritual journey, motivate the masses of labor model with more energetic, aggressive, was to continue fighting, again.

The state implements the model worker rehabilitation system, which is a commendation to model workers for their hard work and selfless dedication, and reflects the concern of the Party and the state for workers. By 2018, the federation had organized nearly 55,000 model workers from all over the country, May 1st Labor Medal winners and some provincial and ministerial level model workers to participate in treatment and recuperation.

Chen Shengde, chairman of the board of directors, was awarded the National May 1st Labor Medal in May this year, after which he was successively awarded the Fuzhou City May 1st Labor Medal and the Jiangxi Province Labor Model Title. He was elected as the first President of Fuzhou Model Workers Association last year, and is highly praised as a senior model figure. This time he was invited to participate in the rehabilitation activities organized by the All-China Federation of Trade Unions, and he felt very glorious and proud. He said, this is not only to his personal praise and affirmation, but also to zhongyang Construction Group over the years to make progress in the development of praise and recognition. He will never forget his original intention, unswervingly listen to the party, follow the Party, lead zhongyang Group to continue to struggle, carry forward the model worker spirit, labor spirit, artisan spirit, continue to expand the strength of the enterprise, to make new and greater contribution to the construction of socialism with Chinese characteristics in the new era.