On October 30, 2019 Jiangxi Business Innovation and Development Forum and jiangxi Top 100 Private Enterprises Press conference were held in Nanchang. The conference released the 2019 Top 100 Private Enterprises, top 100 manufacturing enterprises and top 20 service enterprises list and awarded certificates to enterprise representatives. Zhao Liping, member of the Standing Committee of the CPC and secretary general of the CPC, attended and delivered a speech. Lei Yuanjiang, vice chairman of the CPPCC and chairman of the Federation of Industry and Commerce of the Province, li Qinghua, vice minister of the United Front Work Department of the CPC Committee and Secretary of the Party Group of the Federation of Industry and Commerce of the Province, and other leaders attended the ceremony. Zhu Min, vice President of Zhongyang Construction Group, attended the press conference on behalf of the company and accepted the 2019 Jiangxi Top 100 Private Enterprises Medal, which marked that Zhongyang Group has been ranked among the top 100 private enterprises of Jiangxi Province for seven consecutive years. 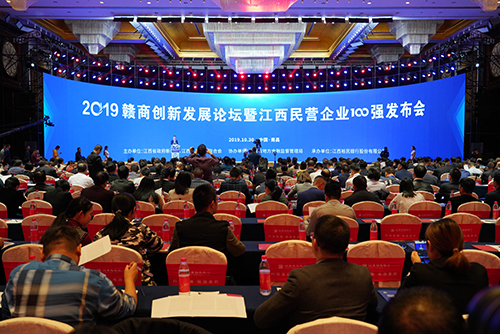 Zhao Liping pointed out that the publication of the list of top 100 Private enterprises in Jiangxi is an important measure to encourage private enterprises to become bigger and stronger and to build jiangxi commodity brand. It is hoped that the federation of industry and Commerce of the province will play an active role as a bridge between the Party and the government and the non-public sector of the economy, continue to thoroughly implement the decisions and arrangements of the Central committee and the Provincial Party Committee to support the development of the private economy, and achieve greater achievements in serving and promoting the development of the private economy. It is hoped that private entrepreneurs can strengthen their confidence, focus on their main business, forge ahead, and let their enterprises develop faster and better, so as to make more contributions to the economic and social development of Jiangxi.

As one of private enterprises in jiangxi province leader, ZhongYang construction group always practicing "thick DE work, an escapist world" new jiangxi business spirit, constantly strengthen do big construction business at the same time, to go along with the new trend of industrial transformation and upgrading, green development, to develop "area" market as the key point, with science and technology innovation as the driving force, the group business to the new building materials, prefabricated construction, modern agriculture and expanding emerging industries such as health, keep the good situation of the sustained and healthy development group. 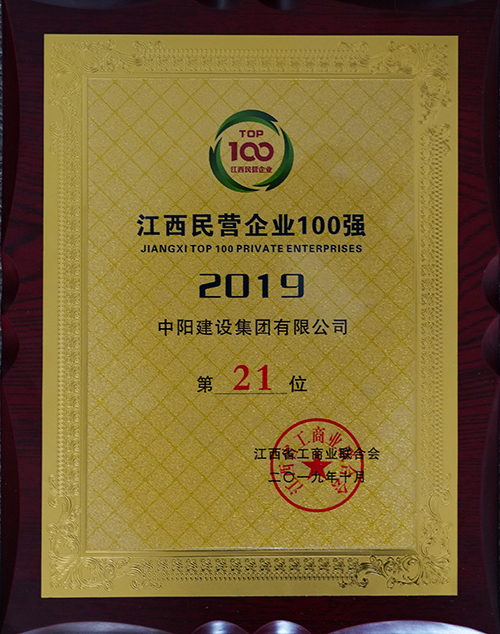 It is understood that jiangxi private enterprises top 100 entry threshold for nearly 7 years the highest value. The continuous ranking of Zhongyang is not only a recognition of the strength of the enterprise, but also an incentive and spur for the development of the enterprise. As a sixty-six - year history of the old building enterprise, ZhongYang group always adhere to the "integrity-based, quality first, innovation first, be" the objective, the torrent of market competition, continuous innovation, followed by green, low carbon economy development trend, transformation and upgrading of enterprise, and for their contribution to the economic development in jiangxi province.