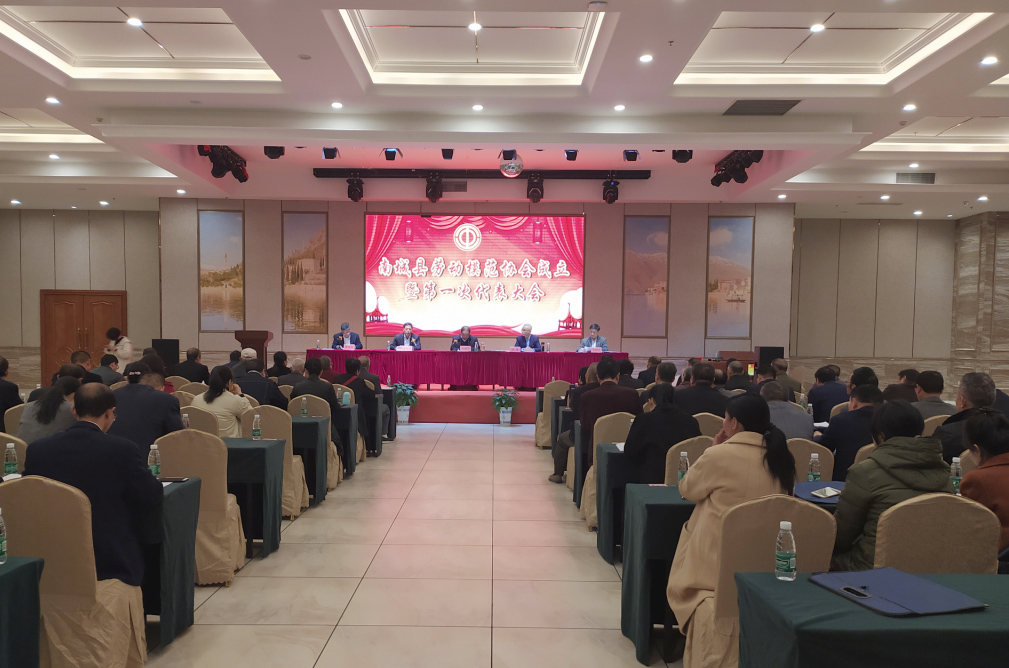 On November 22nd, the founding meeting of Nancheng Model Workers Association and the first member representative meeting were held in the conference hall on the third floor of Binjiang Hotel. Zhou Guoping, deputy secretary of the county Party Committee, Yang Chun, deputy chairman of the County CPPCC, secretary and chairman of the county federation of Trade Unions, Yang Zhiwu, secretary-general of Fuzhou Model Workers Association, vice chairmen in charge of model workers and more than 100 national model workers from all fronts of the county, provincial, municipal and county representatives attended the meeting. 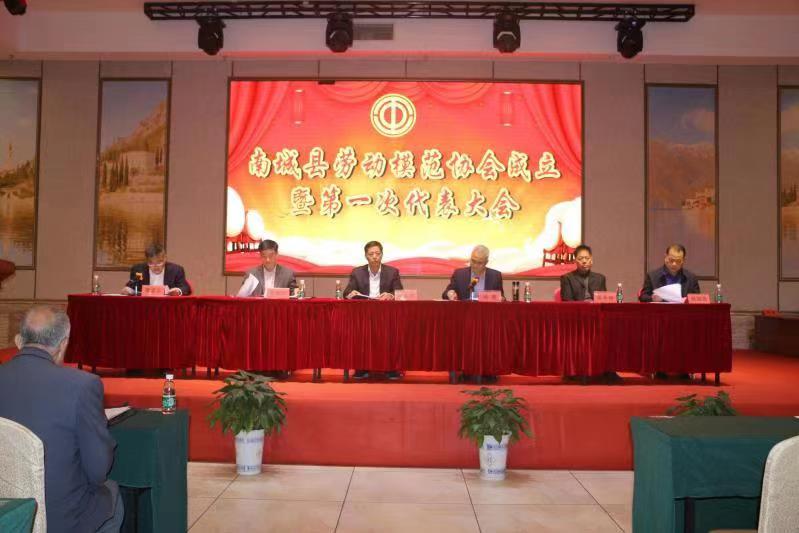 President Chen Shengde pointed out in his speech that model Workers association is a group full of good people and positive energy. We should cherish our honor and thank the Party, the government and the trade union for building a platform and providing a stage for model workers to play their roles. To strive for greater glory, maintain high struggle posture, the pursuit of a better life, but also to bring good for others; We should lead by example and use our words and deeds to encourage more model workers and artisans in major countries. Want to make more contributions, based on the position, bury oneself in struggle at the same time also want to look up at the stars.

President Chen Shengde stressed that the city should constantly gather the strong positive energy of economic and social development, sing the most glorious labor drama, fully understand the value of model workers, enhance the confidence and determination to run a good model workers association; Efforts should be made to strengthen self-construction, and various effective activities should be carried out, so that model workers can increase their knowledge and friendship in learning, investigation, interaction, cultural and sports activities, and constantly improve the cohesion and cohesion of the model workers association.

First, we must adhere to the correct political orientation and effectively maintain and enhance the political nature of model workers' work. Model workers are the elites of our country. We should strive to be clear political models, continue to struggle in their respective posts, and make new achievements. We should inspire more people with the model workers' energy, drive and enthusiasm, and encourage workers to strive to be strivers in the new era. Second, it is necessary to give play to the exemplary leading role and unite and mobilize the vast number of employees to contribute to the new era. Model workers' associations at all levels in Fuzhou should make full use of various publicity tools and positions, strengthen the publicity of model workers, give full play to the exemplary role of model workers, and provide strong spiritual power for fuzhou's economic and social development. Third, we will create a favorable environment and support the development of model workers. We need to show real concern for model workers, trust them politically, support them in work and care for them in daily life, so as to create a favorable environment and conditions for them to develop their careers and show their talents. Fourth, we should innovate working methods and promote standardized management of model workers. Model worker association organizations at all levels to do a good job of a model specific implementation and considerate service, innovative working methods, from rich service projects, and perfecting the mechanism, strengthen the construction of society itself, the Suggestions on four aspects, tried to build a model society into a veritable "model worker of the home, the home of honor, example of home, sweet home".