CAI Xiaoming carefully visited the production of building plastic composite template and other products, and inquired in detail about the application and sales of the template. When he heard that Zhongyang Dexin Technology Co., Ltd. was awarded the "Most influential enterprise in China's plastic template industry" and the national "plastic instead of wood" demonstration enterprise, he gave high praise and evaluation to the achievements of Zhongyang Construction Group. 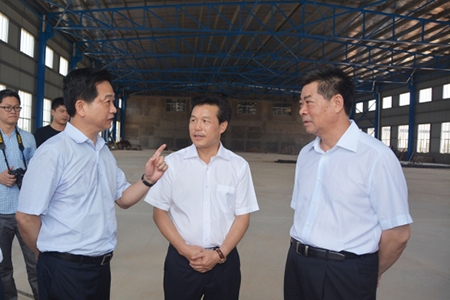 CAI Xiaoming points out that Zhongyang construction group is the leading enterprise of construction industry in our province, under the correct leadership of Fuzhou municipal party committee and municipal government, and under the strong support of the provincial department of housing and construction, one action has realized the breakthrough of "Luban Award" and "super enterprise" in Fuzhou zero, which is praisable to congratulate. The successful r&d and production of new green building materials is of great significance to the further transformation and upgrading development of Zhongyang Construction Group. As an outstanding representative enterprise of fuzhou and even the whole province's non-public economy, zhongyang construction group should actively participate in the "One Belt And One Road" construction to make greater contribution to the economic development of jiangxi. The United Front Work Department will give full play to its leading and supporting role, urge enterprises to constantly enhance their awareness of scientific and technological innovation, actively organize relevant departments to solve difficulties for enterprises in coordination, and support non-public enterprises to achieve faster and better development. 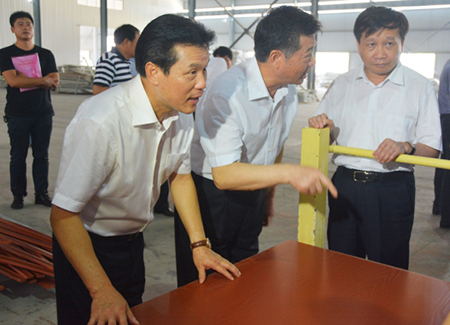 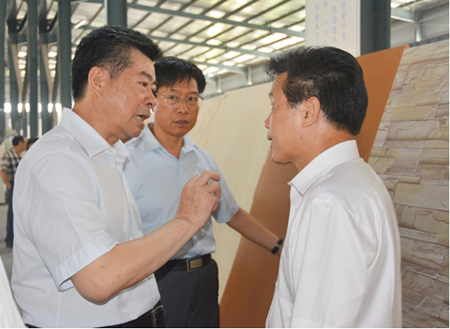 Chen Shengde chairman, said thanks to provincial, municipal leaders for the kind concern and support of ZhongYang construction group, ZhongYang construction group do not live up to the expectations of leaders at all levels, all staff will be superior leadership departments and provincial party committee and government, the correct leadership and support help, bold go out and strive to promote the transformation and upgrading, innovation and development, efforts for the jiangxi province the development of "upgrading, well-off faster, green rise, pragmatic xing gan" contribute more power.