On the morning of August 9, the performance of "Green and Healthy Summer Delivery" organized by The Fuzhou Federation of Trade Unions was held at the construction site of the second phase of the city's elderly Apartment (rehabilitation Center) project. Deputy director of the standing Committee of the Municipal People's Congress, President of the municipal Federation of Trade Unions Jiang Yulan attended, and for the hard work of the Zhongyang frontline staff sent condolences to them, expressed high respect and sincere greetings. More than 200 people attended the event, including Li Jian, executive vice President of Zhongyang Construction Group, Yuan Shuyue, And Zhao Jiaoren, vice President of zhongyang Construction Group. Event, deputy director of the standing committee, the city Jiang Yulan, chairman of the federation of trade unions and other leaders have prepared articles for daily use and the heat drugs one by one into the hands of the workers, and ask for details of the production, the life of the workers and labor security, etc., made them in the hold position, pay attention to labor protection and cooling purposes. Construction worker Huang Huijin tells a reporter: "the sympathy of city federation of trade unions, reflected the care and love of the Party and the government to our industrial workers, brought us the coolness of summer, we feel great honor and pride, in the future we will be grateful, make continuous efforts, carry forward the spirit of artisan, do their own work well." 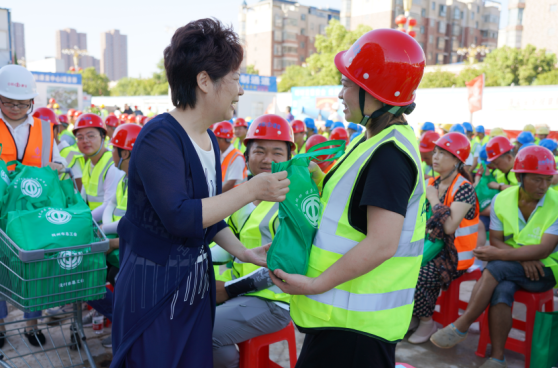 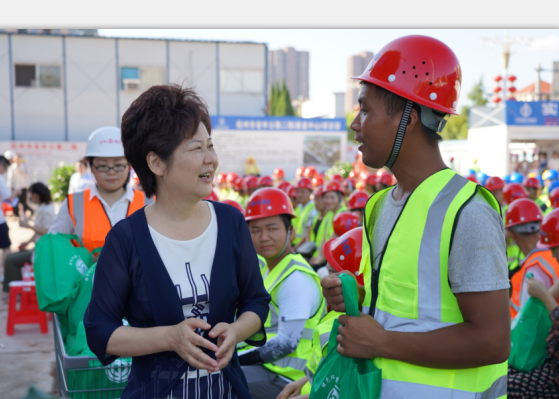 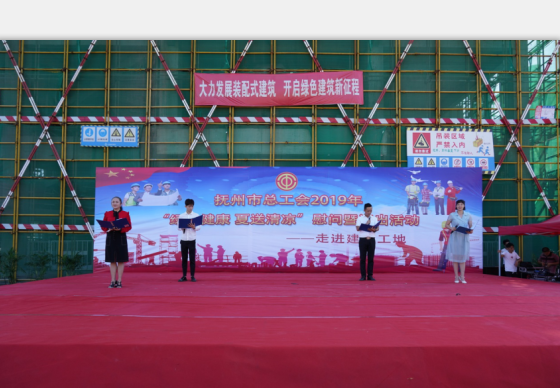 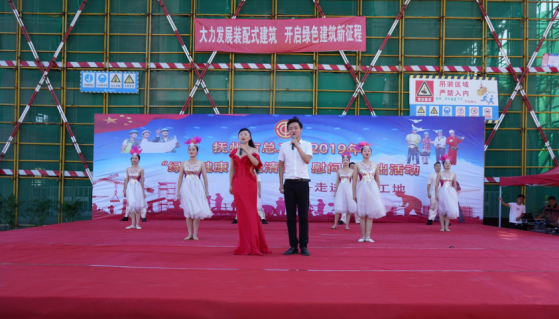 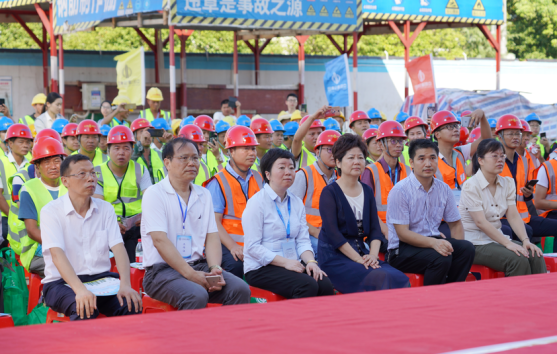 ZhongYang group executive vice President li in an interview with the media, first of all, on behalf of the chairman, Chen Enbin Chen Shengde President, braved the heat to project site visit ZhongYang group, inspect and sympathy and visit fighting in the high temperature line employees, deputy director of the standing committee of the municipal federation of trade unions chairman Jiang Yulan and fellow leaders to extend our warm welcome and heartfelt thanks; I would like to express my deep gratitude to the entire cast and crew for their wonderful performance. Warm greetings to all the staff who work hard and fight against the high temperature.

Jiang Yulan, chairman of the standing committee, deputy director of the municipal federation of trade unions the arrival of a line, is the cordial care and great encouragement to us, thanks to municipal party committee municipal government and municipal federation of trade unions to ZhongYang group's care and love, we will not live up to the expectations of the leaders, as always, in accordance with the requirements of the municipal party committee, meticulously to grasp quality, race against time grasp progress, foolproof security. Make due contributions to the construction of beautiful Fuzhou and happy homeland. 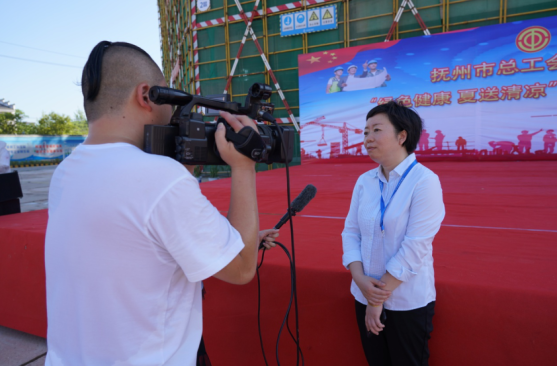 She pointed out that fuzhou Elderly apartment Phase II (Rehabilitation Center) project is the first prefabricated building contracted by Zhongyang Group in Fuzhou, covering an area of 2,026 square meters, with a total construction area of 19,461 square meters. The frame structure covers 10 floors above the ground and one floor below the ground, with a total investment of about 62.64 million yuan. Its prefabricated PC components are all produced and provided by Fuzhou Zhongyang Yan Concrete Construction Technology Co., LTD., which is controlled by Zhongyang Group.

The people of Zhongyang will always remain true to their original aspiration, be grateful and fulfill their mission. They will continue to carry forward the spirit of the new Jiangxi merchants, which is "being honest, doing hard work, upholding justice and benefiting the world" and the spirit of the Craftsmen of Luban, who pursue quality and strive for perfection, and make new and greater contributions to the construction of a beautiful Fuzhou and a happy homeland. Deputy director of the Standing Committee of the Municipal People's Congress, the President of the municipal Federation of Trade unions Jiang Yulan inquired about the basic situation of the elderly apartment project